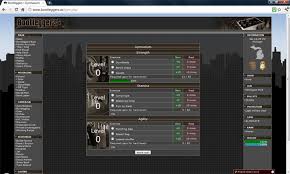 Torn City: Torn is a responsive text-based browser game that operates in Torn City. Be careful not to end up in jail or hospital. There are many features to choose from, for example go to gym, run your own business and play in casino. Start your company and develop your career. Although, it’s kind of difficult getting to higher levels. Torn City has lots of players around the world and it’s currently the most popular text-based browser game. Always up to date content. Interested? Visit Torn City website!

Mafia Hustle is a mobster themed online RPG. Doing crimes, hitting the gym and creating your gang, these are only the few aspects of the game. Bust people out of jails or kill them for bounty – the choice is yours. Level up, compete against other people in rankings ans show no mercy. Gain enough money to get yourself an armor to protect yourself as well as primary and secondary weapons to defeat your enemies mercilessly.

Streets Of New York is a mafia browser game with lots of features. It’s a role-playing game that allows you to enter the underworld and experience adventures. You can create an organised robbery, but there’s also a possibility to commit automatic organised robbery. If you want to get involved in illegal action, you can buy/sell drugs. There’s a big list of casino games, so you have a perfect chance for gambling. Kill your enemies by searching for right opponents.

Our pick Mafia browser game: Do you want to be the strongest man in the game or the richest player around? Who are you? You may never reach your goals but they might also change along the way. The answer to the question is not important. Mafia MoFo is about the journey a normal, sane person takes into the seedy underworld of crime and grime. Join an established dynasty – or even start your own. Declare war on the law itself and rob and plunder or take on your fellow hoods in gang warfare in which the ultimate prize is control of the money and the power that comes with the territory. Sell drugs, become an assassin, engage in betrayal and get betrayed yourself as you build your criminal empire. Open and run a crew, flood the streets with high-priced smack, or just work as a go-between that freelances in the criminal underworld. Feeling the heat in one city? Venture to another where there are even more or different opportunities for you to explore. Mafia MoFo Reloaded is about the journey your character takes and the discoveries you make along the way. It will change your perception of an RPG. Each choice and branching path leads to a new reality filled with different options and consequences than ever before. Some games you play, but in Mafia MoFo Reloaded, you become the game. Unleash the MoFo in you and start building your criminal empire today. Find more info at Mafia MoFo Reloaded – Browser Mafia Game.

Mafia Block is an excellent mafia browser game that drags you into the illegal world with criminals and gangsters. Explore the streets where you have a chance to find diamonds, money or gain experience. There is also a possibility to end up in jail. The game contains a huge variety of various crimes so be ready for mugging, pimping, robbery, fraud, drug deal, betrayal, heist and loan sharking. You can also try out blackjack, slots, lottery and high-low.