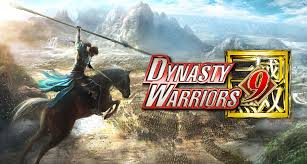 Dynasty Warriors 9’s trial version will be rolled out on PlayStation 4 in Europe on November 14, Koei Tecmo has announced.

Xbox One gamers will be able to take the open-world hack-‘n-slash title for a spin on November 21, while the PC trial is available now. The taster gives you access to up to three characters from the massive 90-strong roster, as well as a glimpse of Dynasty Warrior 9’s story mode.

In addition to slashing your way across open-world China, you can also give the online co-op mode a shot alongside fellow trial members and owners of the full game.

Dynasty Warriors 9 launched in February for PS4, PC, and Xbox One. It’s probably the biggest shakeup the series has seen in a long time, with the game’s sprawling sandbox giving the franchise a chance to really stretch its leg…or at least, that was the plan.

Sadly, it wasn’t quite the series reinvention we were hoping for.