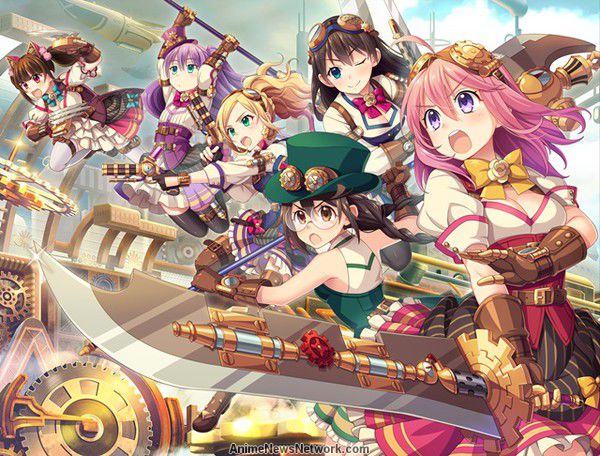 Not on Twitch … but Youtube or Bluestacks.  But things changed in the past years and Twicth and anime is ok now.

Twitch and Crunchyroll have partnered up to stream 15 anime series for people to see with their eyes and chat about incessantly in the sidebar. The so-called “Crunchyroll Marathon” kicks off on July 27th via Twitch Presents, and promises a ton of recently released anime, though only Mob Psycho 100, Yuri!!! On ICE, and Miss Kobayashi’s Dragon Maid have been confirmed so far. That’s still a pretty good lineup, though, seeing as Mob Psycho 100 comes from the creator of One Punch Man and was easily one of last year’s best anime. Yuri!!! On ICE is a very strong contender as well, and Miss Kobayashi’s Dragon Maid is the best anime you’ll find about a tired lesbian, her high-energy wyrm of a girlfriend, and their adorable, horned dragon child.

Blade and Soul is a combat-heavy MMORPG set in a gorgeous fantasy world based on Chinese mythology. It differs from other MMOs in that instead of focusing on brute strength it instead specialises in graceful martial arts moves where timing, counters, and combos trump strength stats and modded weapons. Using the power of the windwalk, you can glide, dash, and jump around mid-battle, making for some seriously stylish brawls.

TERA is one of those anime games that just won’t quit. The high-octane nature of its combat system and huge, breathtaking world of Arborea has kept MMO players coming back since it launched all the way back in 2011.

The developers at Bluehole have not exactly been sitting on their hands, either. The Manahan alternate-reality event server breathed new life into an anime game that MMO fans had already fallen in love with, and added speedier level progression, tougher dungeons, and transformed battlegrounds. Whether you want to tackle some BAMs (Big Ass Monsters) solo or with friends, TERA is one of the best anime games on PC with which to do it.

For Android (you can find here more Anime games , news for gamers and streamers)  :

Azur Lane is not an anime on its own, yet. However, one was announced in September 2018. This is a mobile gacha RPG with shooting, simulation, and side-scrolling elements. You collect anthropomorphic girls that act as warships. You do battle with the bad guys with your ship girls. The game takes place in an alternate universe version of World War II. In addition to its obvious Kantai Collection inspiration, the game has characters from Hyperdimension Neptunia and Armored Trooper VOTOMS. It’s a decent little gacha game, especially for moe fans.

Dragon Ball Legends is a fighter with some light RPG, gacha, and adventure elements. It features a story mode as well as online PvP multiplayer. You can also collect all of the various Dragon Ball characters. The combat mechanics are similar to many freemium mobile fighters. It’s mostly a series of simple taps and swipes rather than any complicated mechanics. The Dragon Ball series was always a little too dry for my tastes and the game is much the same way. However, fans of the series seem to really like this one over most of the other mobile Dragon Ball games. Most of the complaints we saw were for a lack of new content and some connection issues.