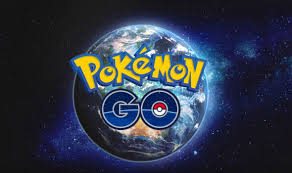 Sensor Tower reports that this is a 67 per cent increase in revenue over the same period last year when the title earned $43.6 million globally.

This year’s performance places Pokemon Go at seventh in revenue earned for mobile games across both the App Store and Google Play during the month.

Japan narrowly passes the United States as the most popular market for the real-world creature catcher. 33.2 per cent of player spend came from Pokemon’s home market, as opposed to 32.9 per cent of Niantic’s base in the US.

Google Play takes a slim majority of player spending, making up 54 per cent of total income.

While strong, this figure is a notable decline on the $84.8 million Pokemon Go earned in the preceding month.

Sensor Tower notes that player spending significantly decreased between November 2017 and January 2018 – likely as winter hits its core markets and players become less likely to brave the cold for a rare Pokemon.

But Pokemon Go isn’t the only game in operation at Niantic. This week the studio launched Ingress Prime – a follow-up to its 2012 title Ingress.